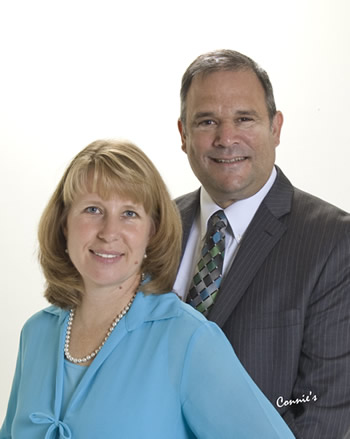 Pastor Mark Bradshaw was born in Colorado and raised in the Denver area. He trusted in the Lord Jesus Christ as his Savior in 1985. His wife, Mindy, was saved earlier that year, and they were both baptized and became members of First Baptist Church of Lafayette, CO. He served as Sunday school teacher, childrenâ€™s church teacher, and deacon during the next four years. In 1990, he moved his family to Springfield, MO to attend Baptist Bible Graduate School of Theology. For the next three years, he served as a Sunday school teacher and worked in the nursing home ministry at Berean Baptist Church in Springfield, MO.

Brother Mark was called to be pastor of Liberty Baptist Church in March 1993. That same year, he completed his Master of Arts in Biblical Studies. As Pastor, he has been faithfully serving the Lord, guided by the words of Jeremiah 23:28:

The prophet that hath a dream, let him tell a dream; and he that hath my word, let him speak my word faithfully. What is the chaff to the wheat? saith the LORD.

Pastor Mark and his wife have five children and live in Monett, MO. Some of his interests include golf and woodworking.